Skip to content
We begin our membership meetings in May.  The schedule is attached.  The meetings are all from Noon to 1 PM with food. Please join us.
Michael Cannarella 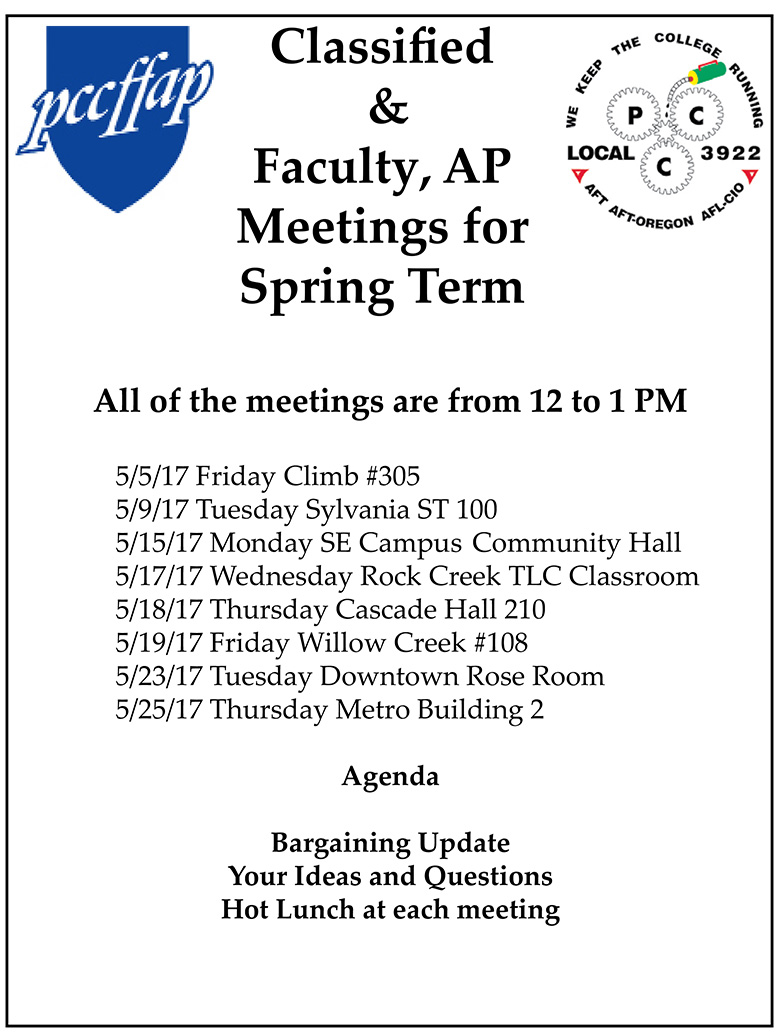 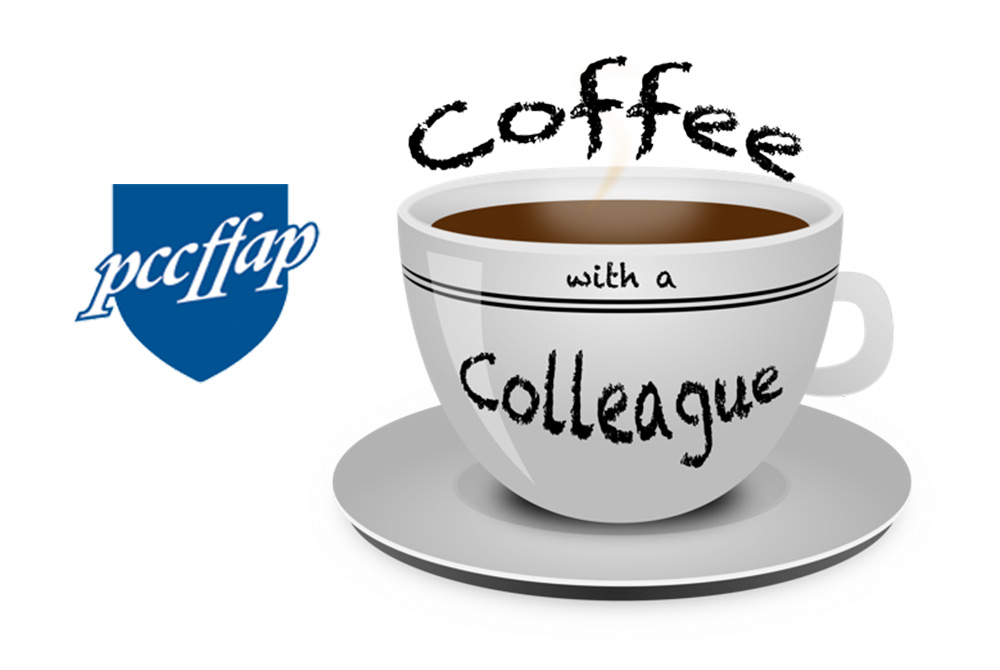 PCCFFAP is excited to announce a new Federation initiative: Take a Colleague to Coffee.

PCC is a huge institution with many divides–between campuses, types of work, and areas of specialization (among others). One of the most important things we can do as a union is bridge those divides. PCCFFAP represents all faculty (PT and FT) and all of our academic professionals.

The more we know about one another, the stronger we are as a college–and as a union. To bring us closer together, PCCFFAP is inviting you to take a colleague out to coffee, tea, or other refreshment. Use a $10 voucher, provided by PCCFFAP (more below) at any campus food service location, learn a little about a colleague–and share with us a little bit about what you learned.

We hope you’ll take advantage of this opportunity, described in detail below. And if you want to go out to coffee with one of our union leaders, please write to one of our Executive Council members. We’d love to have coffee with you.

Here’s a simple way to reach out across the divides:

Thanks in advance for reaching out across the divide. We look forward to hearing from you!

How did people in all three job categories come to be in the same bargaining unit? An interesting story can be told…. To find out, go to: Best Practices for Assuring the Rights of Part-Time Faculty Within Unions.

AFT Local 2121, where members are faculty and other employees of the City College of San Francisco, has set up a strike hardship fund and is in the process of voting on whether to strike for one day.

CCSF has a structure a lot like our union, PCCFFAP — representing both part-time and full-time instructors as well as those in professional job categories supporting student learning.

The agency responsible for accrediting CCSF dismissed the elected Board and appointed replacements. This new board has directed the negotiators to propose such provisions as faculty lay-offs, increased class size for the instructors who remain, and new pay guidelines based on “productivity” (the size of a class.) Union leaders point out that these proposals are not in the interests of students, as they will not lead to increased educational quality, and will likely reduce the supports needed for student success. Indeed, the accrediting agency responsible for setting in motion the process leading to these dire circumstances could itself be ousted based on a recent vote by the community college Board of Governors.

The accrediting agency responsible for the PCC’s status  (NWCCU) has issued us “recommendations” (on assessment of student learning, among other things), but so far the relationship has been more cordial than that between CCSF and ACCJC. Still, this is an interesting case study — a power struggle between a sister AFT-union, an activist accrediting agency, and a  beleaguered administration, all in the context of declining enrollments and increased costs of living for instructors and APs living in a “hip” and densely populated urban setting…..

A constellation of circumstances which sounds disconcertingly familiar.

We will keep you updated as this drama unfolds.